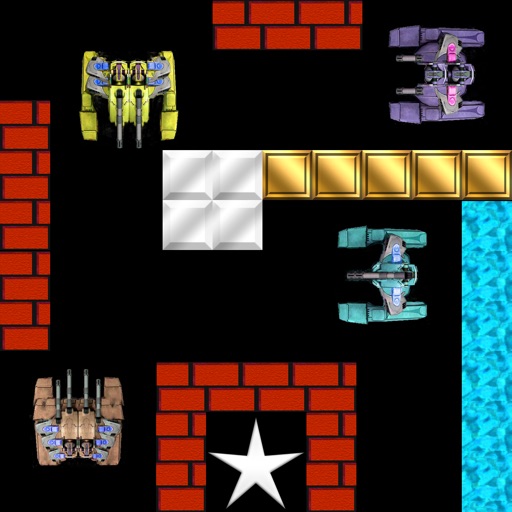 More by this seller

It is a very classical tank battle game like NES Battle City. Almost everyone should played this type of game before.

Game Rules:
- Defense your base
- Destroy all enemy tanks
- If your tank or your base is destroyed, it will game over

Features:
- 5 different difficulty levels (from easy to crazy)
- 3 type of different game zones (Normal, Danger, and Nightmare)
- 6 different type of enemies
- Your tank can have 3 Level upgrade
- Helper tank, now you can order it to hold position
- Many different type of map elements, you can see the screenshot
- Every map elements can be destroy
- 4 types of different board size, 26x26, 28x28, 30x30, and 32x32
- Helping items, which can help you to finish the game
- 280 maps can be played.

* Different difficulty levels should meet different people need. Expert player can direct choose Crazy level.
** When finish normal zone, danger zone will be opened. After finished danger zone, the nightmare zone will be opened. In danger and nightmare zone enemies power will be greatly increased.
*** Every 2 to 4 months we will add new maps into Mini War, just like Super Tank Battle. Super Tank Battle is now have 500 maps inside.

Mini-War is also available on other platforms.
https://www.facebook.com/TankBattleMiniWar

Play as God, create your own universe
myDream Universe